Altitude and women in Courchevel & 3 Valleys

They each make a unique contribution to the beating heart of our ski area, are passionate about their unusual professions and spend their working days in challenging and often male-dominated environments.
Piste security, slope maintenance, freeride skier… you won’t always encounter them when you’re out and about on your skis, so here we proudly present some of the women behind the scenes in our ski area! 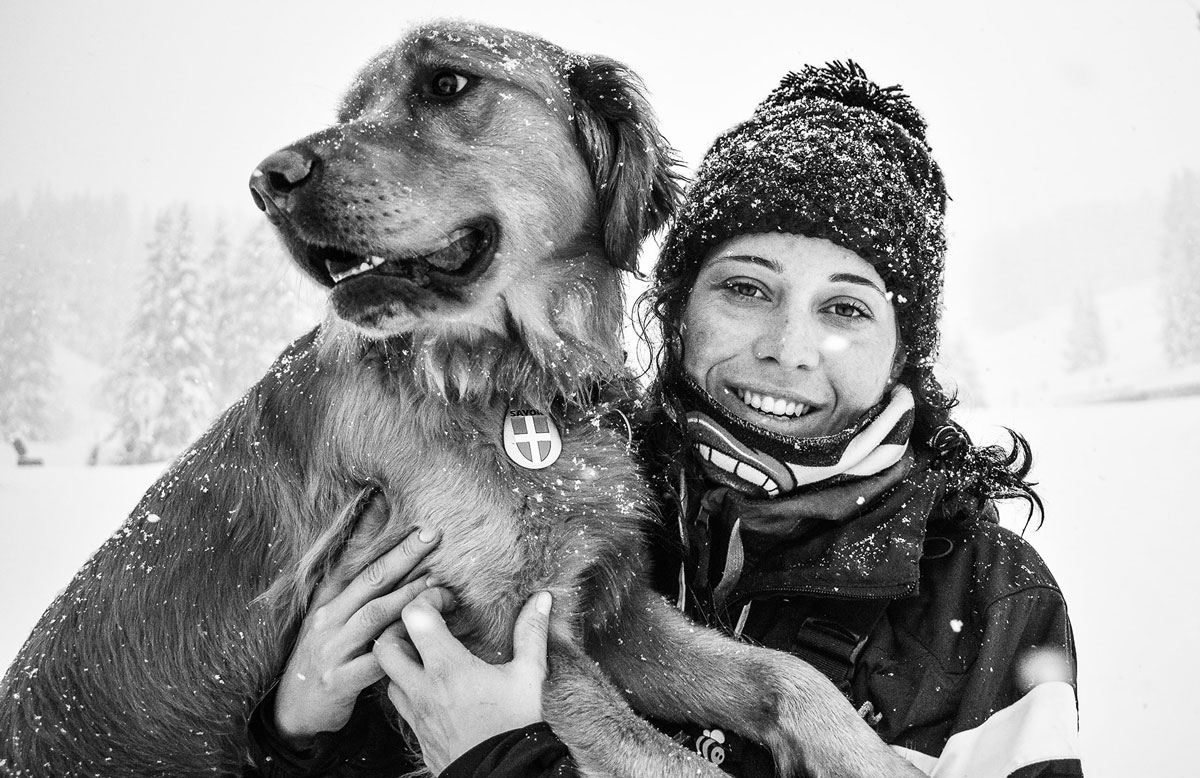 I’m 30 years old, originally from Val d’Isère and this is my 3rd winter with the Société des 3 Vallées after 9 years working on the slopes in Val d’Isère. I am a dog handler in Courchevel and I came to the 3 Valleys to follow my dream job – I am replacing someone who will be retiring at the end of the winter.

Why did you choose a career in ski patrol, and why did you specialise in dog handling?

Can you introduce us to your four-legged friend?

What training do you need to be a dog handler and how has Paco been trained?

I’m really lucky because the person I am replacing was a dog handling trainer for ANENA (acronym for the French National Association for the Study of Snow and Avalanches), so I am trained daily on the job, as well as doing other exercises with the other dog handler apprentices.
To begin with, we started simply playing with a toy, then on to the basics: taking a chairlift together, riding a scooter, learning not to jump up at skiers, spending time in the patrol hut… Once winter arrived we started training to learn rescue people who are hidden under the snow. We start by allowing the dog to see the person who is partially hidden in a hole in the snow, then gradually the dogs learn to find people who are completely hidden.
For Paco, it’s like a game. He searches for the odour of the person and then starts digging because he knows that the person hiding under the snow will have his toy!
In total, the training with the dogs takes around 18 months and finishes with a week-long session which we will do next November with Paco.

How far under the snow can a dog detect the presence of a human?

It depends a lot on the snow, whether its slushy, dry, solid… It also depends on the wind.
To help, avalanche probes aerate the snow and allow the odours to rise to the surface of more quickly and be detected by the dogs. The dogs are trained from an early age to focus on searching for people lying down, rather than being distracted by odours from the other people who are probing or aiding with the search. The dogs learn never to try and play with people who are standing up and ignore everything else happening to concentrate on finding the victim.

What do you do when you’re not at work, on your days off and in the summer?

I’ve worked abroad a lot, and I’ve also worked as a ‘guardienne’ looking after a mountain refuge. This summer I will be working in Ariondaz farm in Courchevel. Aside from work I go trail-running, mountaineering, mountain biking… I make the most of the mountains through the whole 4 seasons!

Last question: which ski slope would you recommend in the ski area?

The Jean-Blanc piste in Courchevel. It’s a beautiful long, forested run with a good descent, it’s varied and undulated. A fun challenge!

Hello Pauline, you’ve been a piste basher driver for several years with the Société des 3 Vallées. Could you introduce yourself and tell us how you started your career?

I’m 27 years old, I’m from Angers, France, but I moved to the Tarentaise region when I was four. I currently live in Aime with my partner and son.
Eight years ago, I did my first winter season working on the ski lifts for the S3V and have always been passionate about engines and motors, so soon after, I put in my application to work with the slope maintenance team and was lucky enough to get on a training course for 3 morning sessions.
The following year, I was called up to cover a piste basher driver position and so I finished the season as a driver and never left!

What do you need to become a driver for the slope maintenance team?

There’s no specific qualification to start, so training takes place on the job, with a tutor who shows us the ropes. After 3 years, we can get a professional certificate but there’s not a specific licence, so it’s quite open although jobs don’t come up often so you have to be quite patient!

Why did you choose this career?

Mainly because of the mountain environment. When I see what’s around us… Well, we’re all a bit like excited kids, in a permanent state of wonder! Every day of the season I just feel so lucky to be working here.
Working in the snow, it’s a real passion for me. I really love it, especially the variations in the work: smoothing the snow, maintaining the slopes, transport for a firework show… We have to make sure we’re attentive and vigilant at all times: keeping an eye out for walkers on the slopes, or people sledging. We have to really concentrate for the whole 6-hour shift, especially when the weather is difficult and there’s a lot of wind.

When we talk about Courchevel having ‘exceptional’ piste grooming, what does that mean?

We have always had an extremely high standard of grooming and we want to keep up our reputation! So we’re highly dedicated and give our best every day to ensure that the skiers can expect beautifully groomed pistes the next morning. I have to admit that we are slightly obsessive about details that most skiers would probably miss, but in the night-time when we can distinguish the relief of the slopes better, we can take our time to get it perfect…

How does the piste maintenance get divided up into teams?

Romain, the manager for the piste maintenance, makes a plan each day. Then those in charge of each sector send a small team to each area. We usually have two machines on each area and one winch operator. Depending on the length of the slopes, I could be doing 3 or 4 in a night, or even just one, for example the piste Creux takes 6 hours of work with 2 machines as it’s the longest slope in Courchevel and is very wide in places.

What is your favourite place that you’d recommend?

The very top of La Saulire at sunset or just before dawn: the view over all those endless peaks, the 360° panorama… In a word, it’s magical! 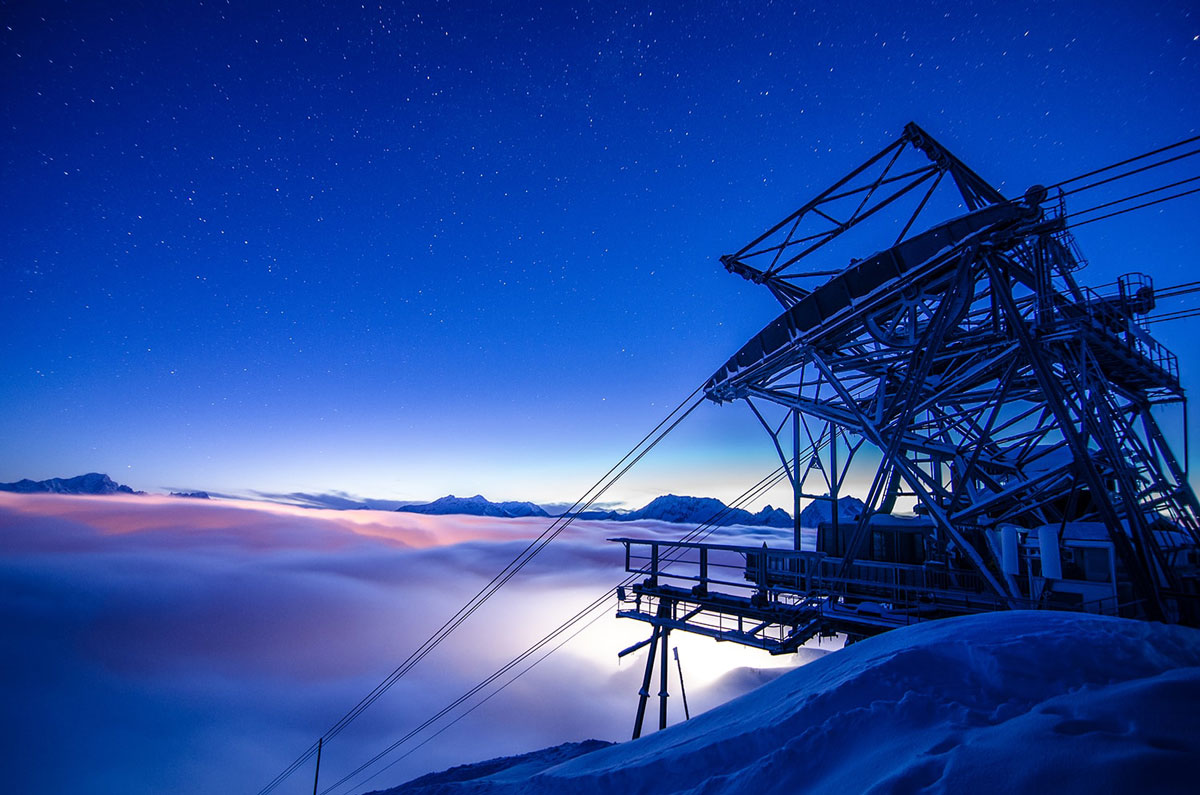 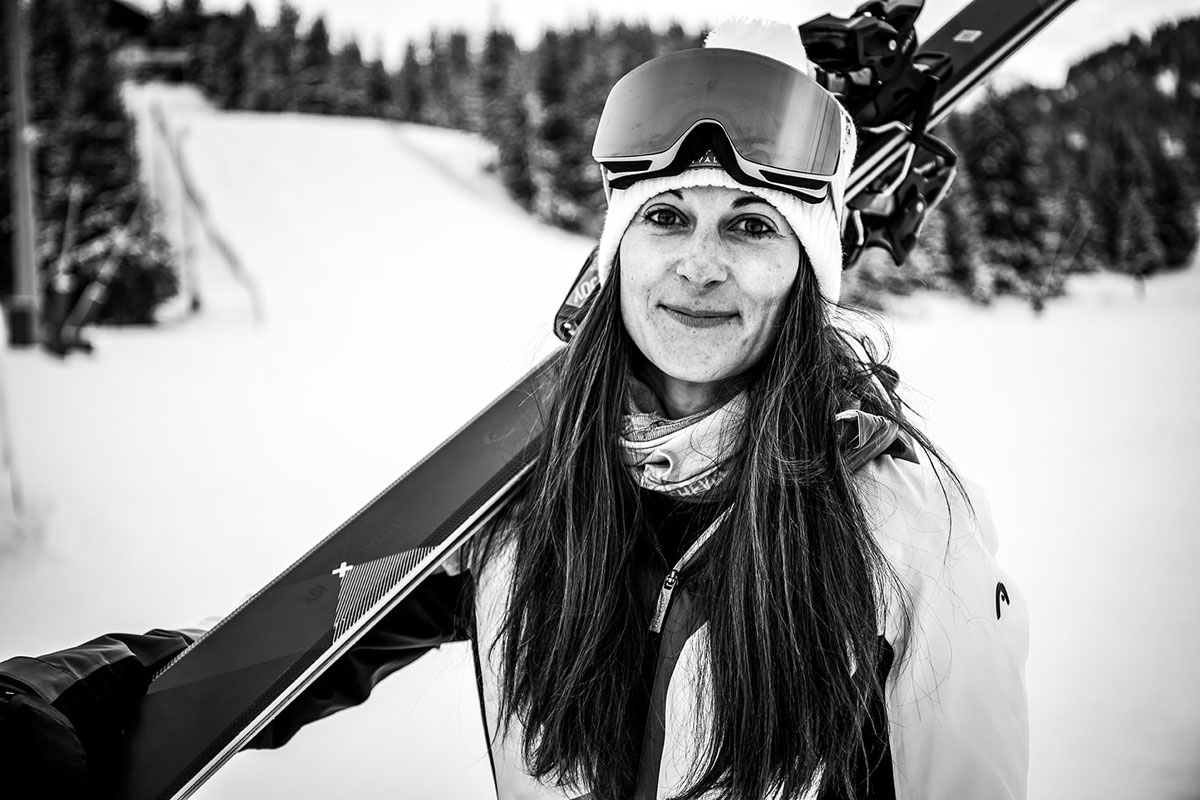 Hello Charline, you are a local freerider and this year, also a Courchevel ambassador. Can you tell us a bit about yourself: when did you start skiing, and what do you when you’re not wearing ski boots?

I’m 30 years old and I started skiing at the age of 2 in my village, St Hilaire du Touvet. It’s a small village above Grenoble where there’s a small ski resort of about five lifts and 10 ski runs.
As well as skiing, I’m also continuing my studies: after getting my qualification in Sports Management from the University of Lyon 1, I went on to a Masters in Scientific Research, specialising in Mountain Accidentology, which I’m finishing at the moment with a study on the influence of airbags on off piste skiers (freeride and touring skiing).

How did you end up in the 3 Valleys?

When I started the Freeride World Qualifier competitions in 2013, I met a lot of people who skied in the 3 Valleys and they sparked my interest, and I quickly realised the freeride potential in the area. So I decided to base myself here to take advantage of the enormous off piste area and all it offers!

How did you get into freeride?

In my village, we simply never did ski racing or slalom – skiing was obligatory during the afternoons in January and February and we mostly skied in the forest, slaloming through the trees and doing jumps!
My father also used to teach skiing and he is passionate about the mountains, he would always take us exploring away from the pistes on touring skis. So I had learnt to put skins on my skis before I’d ever seen a slalom pole, and it was the sensation of skiing down after touring up that I fell in love with. 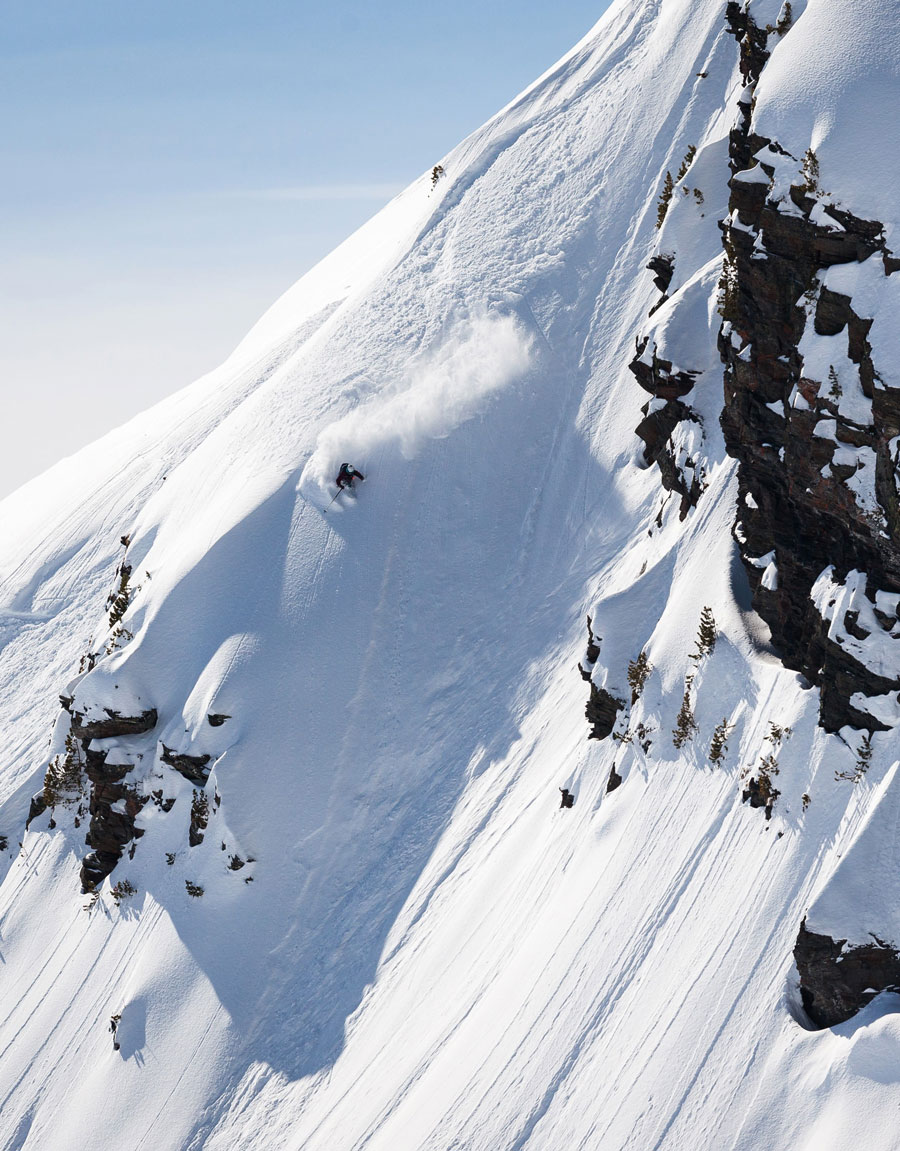 What routes would you recommend in the 3 Valleys?

I’m thinking straight away of Aiguille du Fruit, the "la goulotte" chute, a variant of the North couloir. But for easy and accessible freeride access, the day or two after a new snowfall, I’d head to Creux Noirs (accessible via Le Freeride Lab), because you get the impression of being away from the rest of the ski area even though it’s just off the side. It’s an enormous playground! There are wide couloirs, steeps and different aspects so if the snow’s not good on one slope, it’ll be good on another. It’s also well-protected from the wind compared to other sectors.

And what do you get up to in the summer?

I’m a sea kayak guide in Lofoten, in Norway: I guide groups of 6 to 13 people and we take off for between a week to 10 days, taking all our equipment on our kayaks. We bivouac and discover the fjords, and eat dried fish all day long! When I get back to the 3 Valleys I go kayaking on the river Doron in Bozel, go climbing with friends, mostly on a new well-equipped rock in Prameruel in Courchevel, and do loads of hiking. I love the Dent du Villard, the view from the top is incredible and the terrain is really different to the other walks in the area as the ground shifts frequently due to the type of rock… it’s great!

*Moriond and Tania will be open from 10th december2022.

Blog, ideas, promotions on ski passes :
I stay in touch with the S3V!